The Bulk-Man 3D QueenBee PRO CNC Machine is a linear rail upgrade based off the very popular WorkBee CNC Machine. This machine is available as a complete mechanical kit with all parts required for the build.

It is a super Performance Improvement version, Highly-rigid and High-Precision CNC engraver, which is very popular with our customers.

The Bulk-Man 3D QueenBee PRO CNC Machine is a linear rail upgrade based off the very popular WorkBee CNC Machine. This machine is available as a complete mechanical kit with all parts required for the build.

It is a super Performance Improvement version, Highly-rigid and High-Precision CNC engraver, which is very popular with our customers.
This Mechanical kit comes with 4x Nema 23 Stepper Motor 2.45N.m-High Torque.
If you would like to use your own stepper motors, please select “None” from the Add Motros option.
Siver or Black for Options 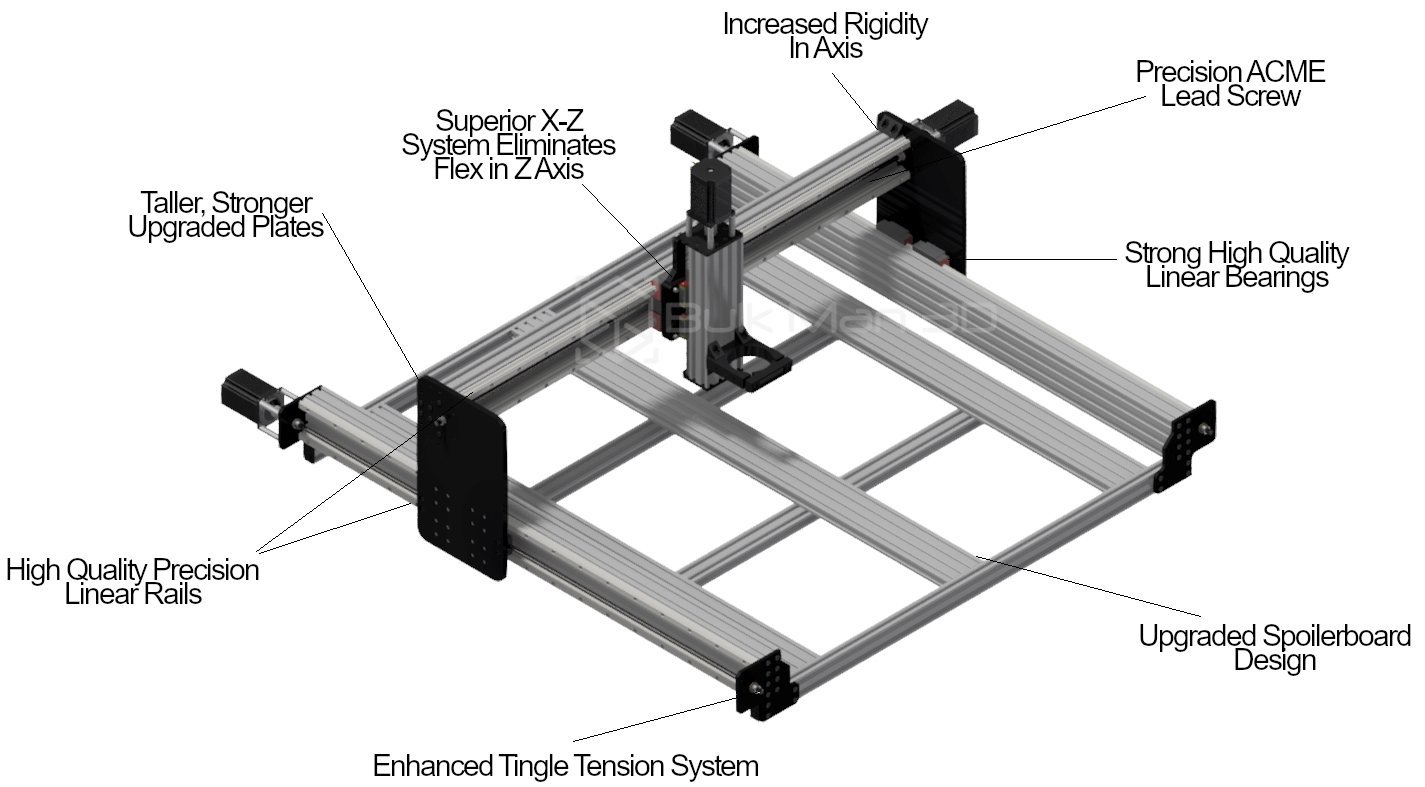 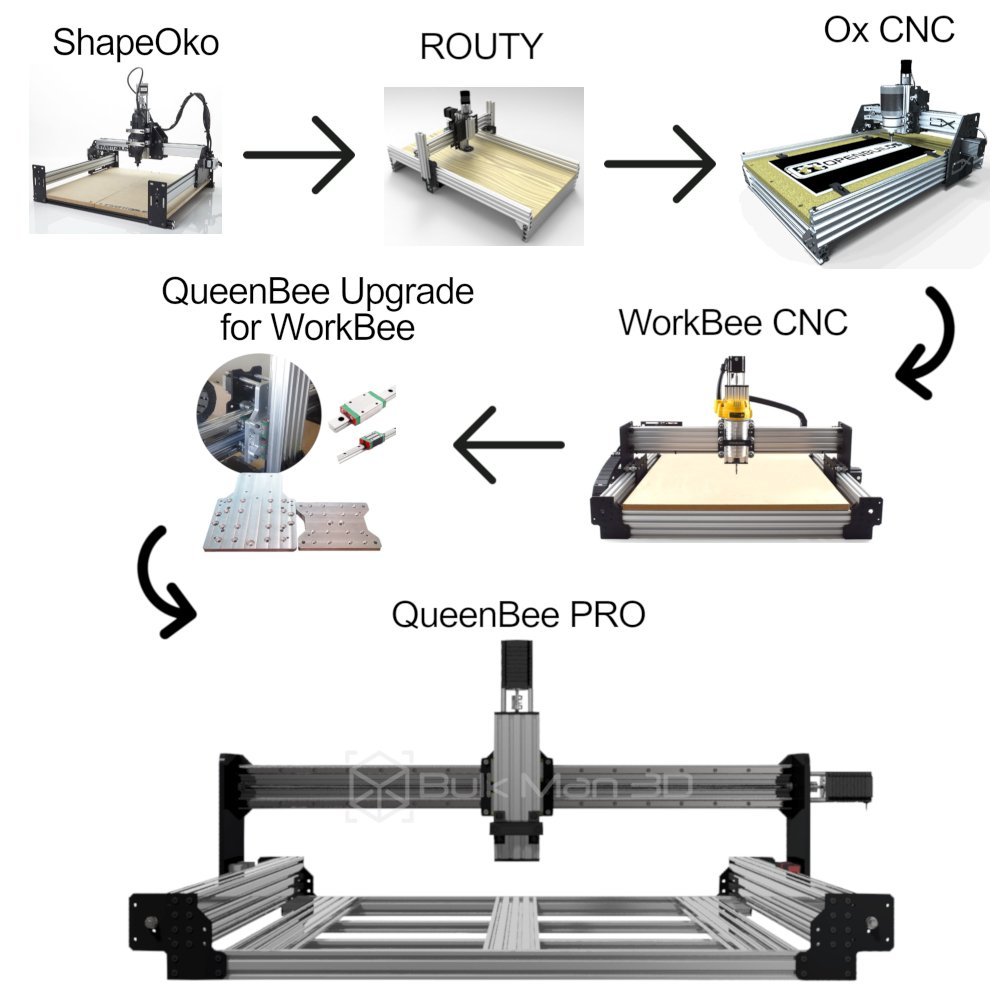 “V-Slot” and ” C-Beam” are registered trademarks of OpenBuilds LLC as released under the Creative Commons Licence “Attribution-ShareAlike”
All our components are designed to work and are fully compatible with the products produced by OpenBuilds.